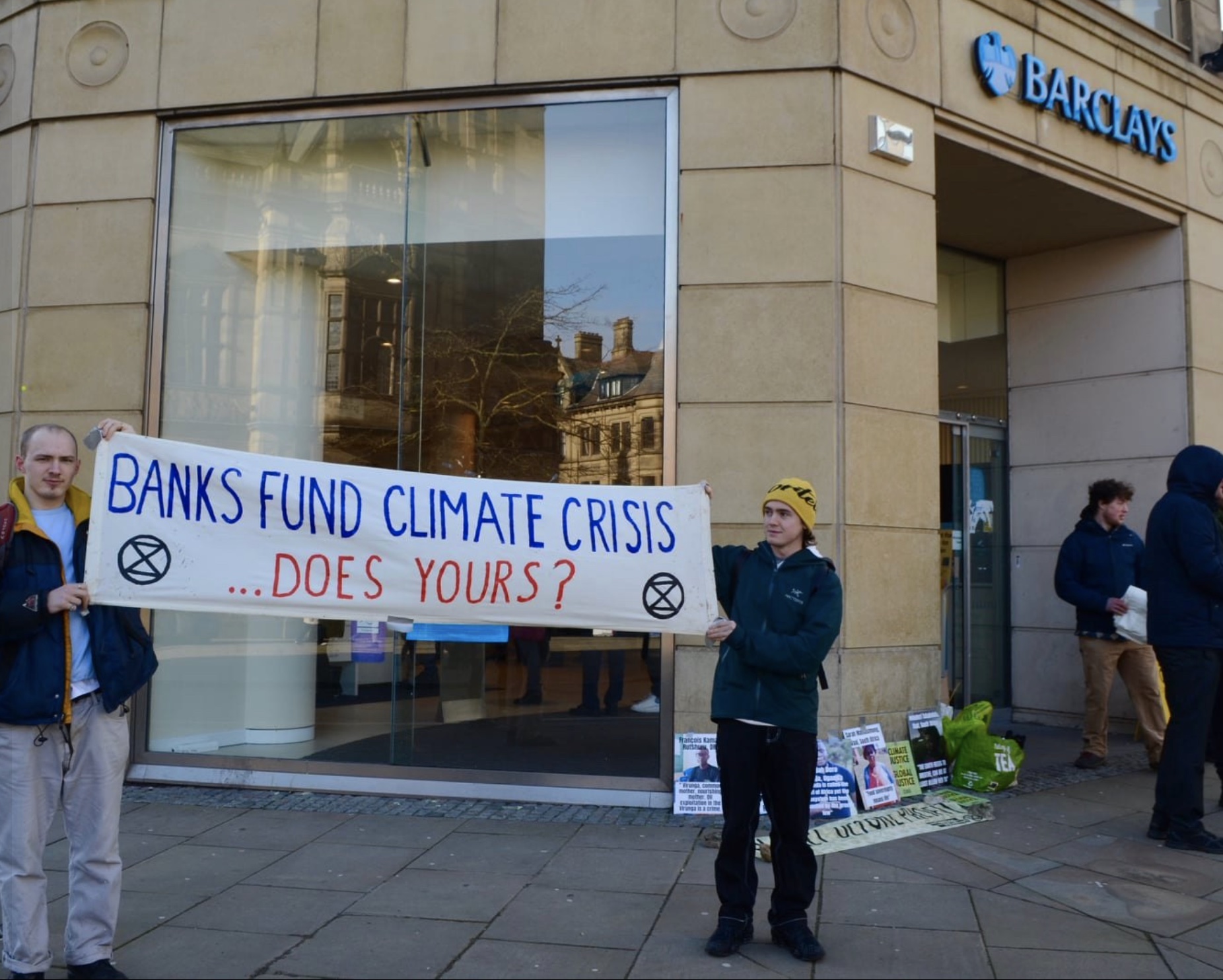 The protest is against the bank’s huge investment in fossil fuels.

They performed a ‘die in’ outside the entrance of Barclays, and held placards with quotes from frontline activists in Most Affected People and Area (MAPA) countries. 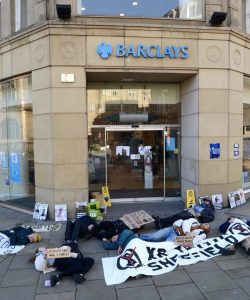 ‘Die in’ performance outside Barclays

Steph Howlett, from XR Sheffield, said: “Climate is changing. We had three storms last week, broke records for wind speed, made the trees fall, damaged property, and left the country with an estimated £300 million clear-up bill.

“Barclays is an internationally influential bank. We need to be solidary to hold them accountable. We can’t afford to wait.”

XR Sheffield called the institution ‘the worst European bank’. This comes after Barclays poured $118 billion into fossil fuels from 2016-2019.

According to XR, the high street establishment is the top creditor in the world to big agribusiness, contributing to projects that accelerate deforestation. They also fund DRAX, the world’s largest burner of trees and the UK’s single largest carbon emitter. 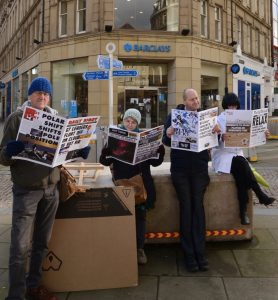 A Barclays spokesperson said: “We are aligning our entire financing portfolio to support the goals of the Paris Agreement, significantly scaling up green financing, directly investing in new green technologies, and helping clients in key sectors change their business models to reduce their climate change impact.

“We are one of the only banks globally investing our own capital – £175m – into innovative, green start-ups.

“By deploying finance in this way, we are accelerating the transition to a low-carbon economy and will become a net-zero bank by 2050.”

“That will be too late, they need to act now.”

The next national protest by Extinction Rebellion is planned for 9 April in Hyde Park, London, demanding an end to the fossil economy.