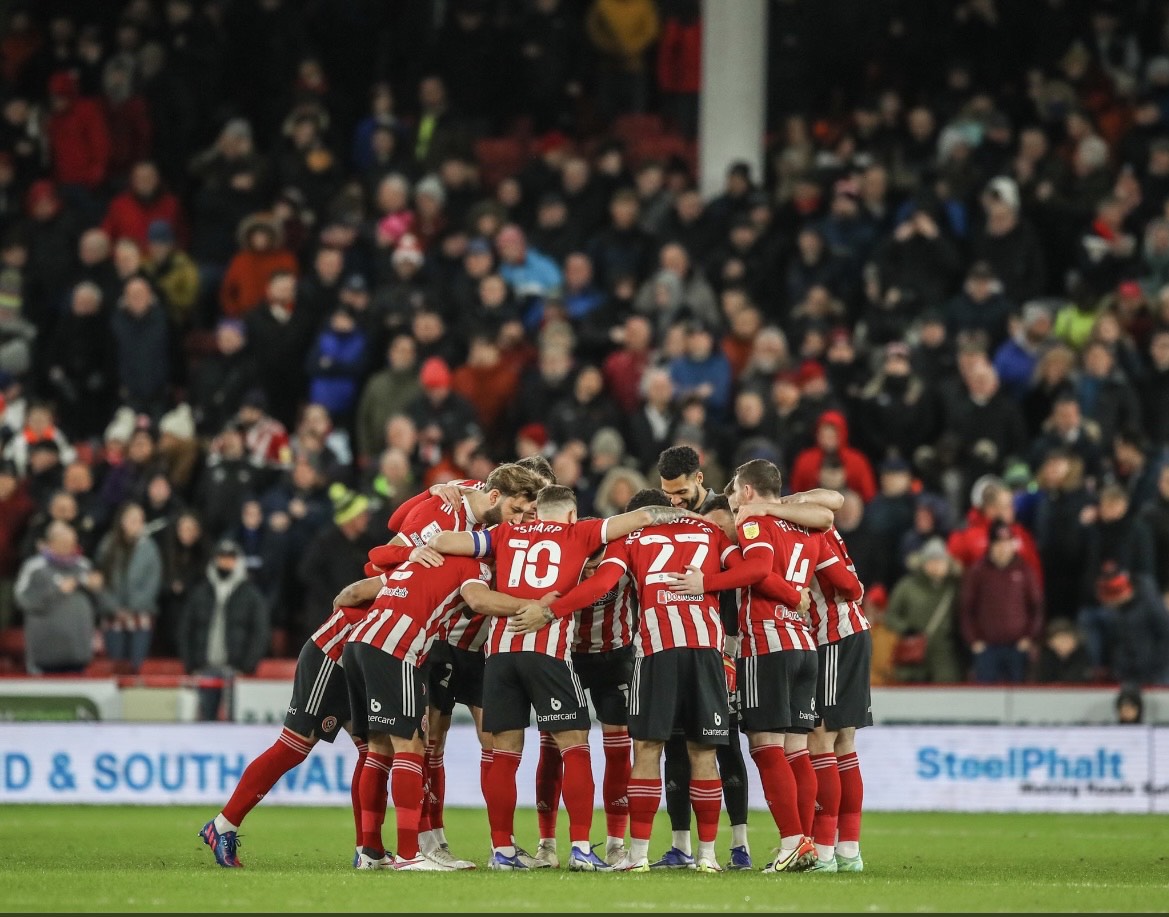 Sheffield United have edged closer to securing a playoff place after beating Blackburn 1-0 despite being reduced to ten men.

The Blades now sit sixth in the Championship on 44 points with the race to qualify for the playoffs very much on.

A late 92nd minute winner from substitute Ben Davies saw Bramall Lane erupt last night and sealed the victory along with a penalty save from Blades’ keeper Wes Foderingham.

Sheffield’s manager, Paul Heckingbottom, said that it was a “big night, big occasion, big game, and a big performance.”

He said: “This is what you play for, moments like this, and I think it’s really important that we celebrate that”, when he spoke to BBC Radio Sheffield.

United dominated the match in the first half, controlling 63% of the possession along with nine shots and two clear cut chances.

Twelve minutes in, Rhys Norrington-Davies managed to put the ball in the Blackburn goal, only to be denied by the offside flag.

The best chance of the half came in the 19th minute for captain Billy Sharp, when he fired a header towards goal following a cross from Berge, but it went wide. 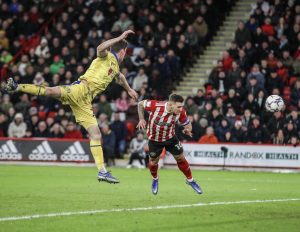 It finished 0-0 at the break. Going into the second half, Blackburn started to put a bit of pressure on Sheffield, but nothing they couldn’t handle.

The 66th minute saw Charlie Goode sent off after a reckless challenge on Khadra.

The visitors were then awarded a penalty following a handball from John Egan, which was saved by Foderingham.

The 31-year-old keeper was named man of the match after a heroic performance, keeping United in the game. 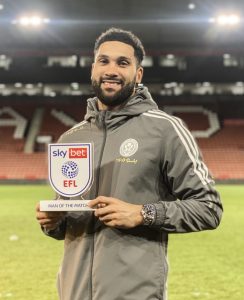 Wes Foderingham with his man of the match award. Courtesy of Sheffield United twitter.

In the 87th minute, Morgan Gibbs-White departed the pitch to make way for defender Ben Davies who would go on to score the winner following a corner and a headed pass from Jack Robinson.

Fans on twitter had a lot of positive comments after the game, one said: ““Get in blades! What a result. Unreal from Wes. Reminds me of the Brentford win at the Lane in the promotion season.”

Another said: “What a team, what a performance. Take a bow @wes_foderingham absolutely ridiculous tonight! A typical Blades performance. Onto the next…”.

The Blades are now unbeaten in nine league matches. They held out, defended well and persevered to get the goal that is vital in their campaign for a playoffs spot.