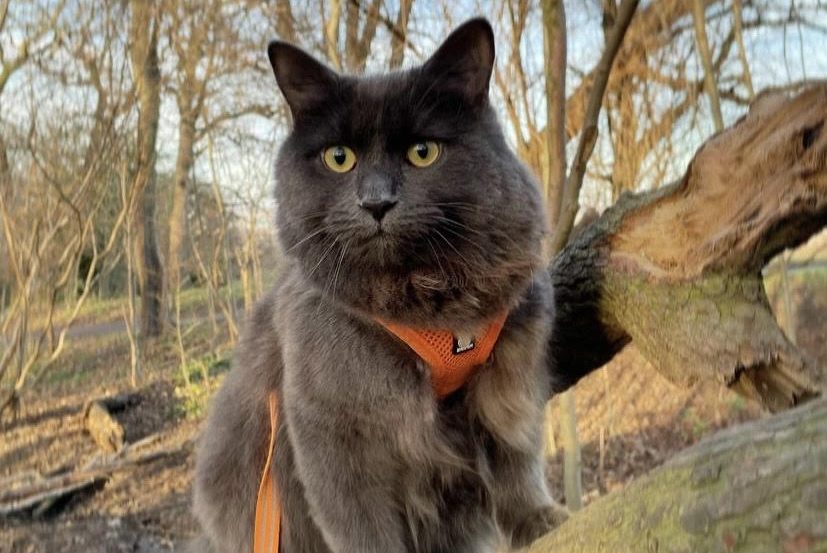 This curious cat from Sheffield loves to buckle into his harness and adventure through the great outdoors with his owner.

Pōhaku, nicknamed Pō, started going on hikes at quite a young age, only celebrating his first birthday this January.

Being an indoor cat, Pō isn’t allowed out on his own because of the busy road Mr Kana’iaupuni lives on.

He started off by taking Pō to the no dog zone in the park close to his house, where he could check out his surroundings and climb trees. 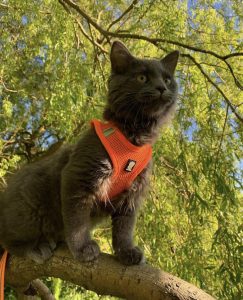 Mr Kana’iaupuni said: “I want an adventure buddy, so I take him outside with me to give him that mental stimulation and he very much enjoys it.

“Eventually he got a bit bored of that, it wasn’t until he graduated to sitting on my shoulder out of the backpack that I felt comfortable taking him further afield.” 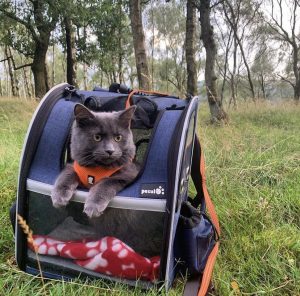 Pō in his backpack, taken from his Instagram @po_in.the.peak

When preparing to take Pō on hikes, Mr Kana’iaupuni said he didn’t have a strategy or system when trying to train him. Mr Kana’iaupuni said: “It was just a bit of trial and error, seeing what he felt comfortable doing and what he wanted to explore. It’s not by any means equivalent to walking a dog.”

The hikes aren’t just about travelling a distance, they are more about allowing Pō to sniff and check things out. When he starts to get tired he will jump on to his owners shoulder and into the backpack. Keeping his companion close company as they continue to hike. 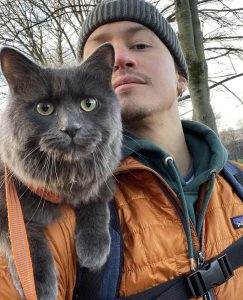 Pō on Kyle Kana’iaupuni, his owners, shoulder from Instagram @po_in.the.peak

Mr Kana’iaupuni said: “Sometimes he will walk in front of me and I will stop to see if he notices and he does, he just kind of meows at me to be like come along dad.

“It’s nice seeing him enjoy himself.”

Surprisingly, during these hikes the two don’t draw much attention to themselves, the last thing other hikers expect to see is a cat walking through the Peak District.

Mr Kana’iaupuni said: “Not as many people notice him as you would expect, it’s usually little kids who point it out to their parents.”

After a long day hiking Pō likes to go home and relax with Mr Kana’iaupuni.