Victory for SUWFC after first team wins their league 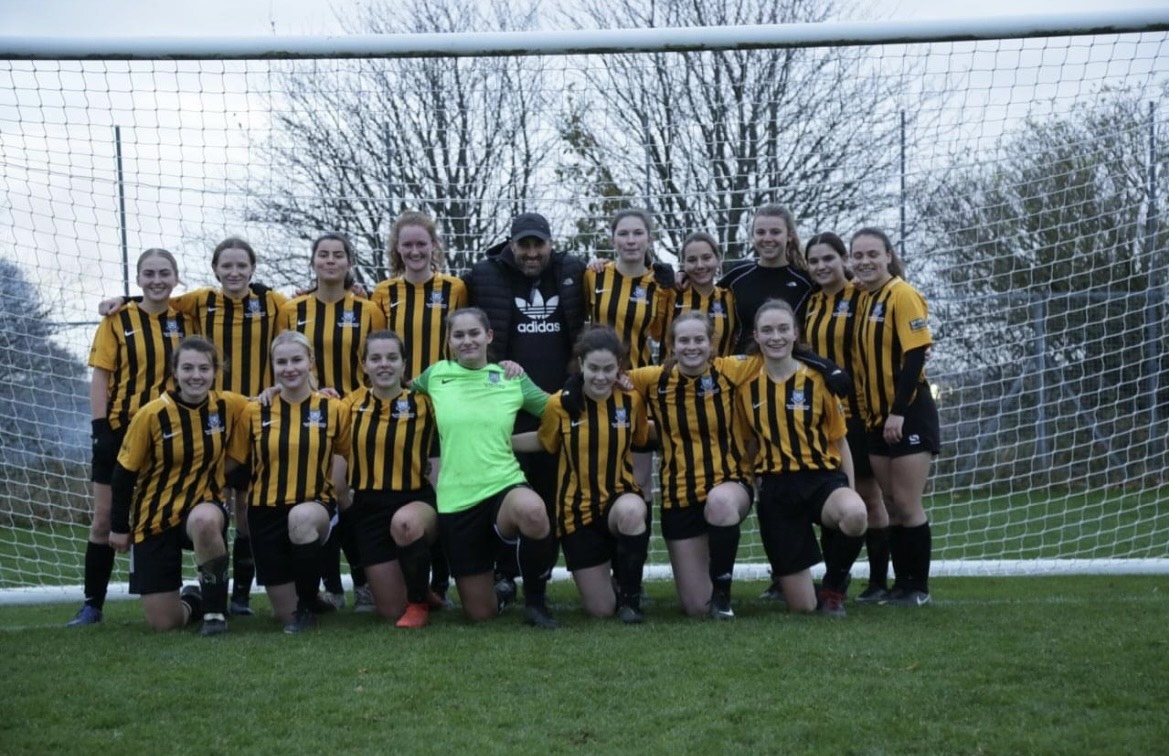 The University of Sheffield Women’s Football first team have finished in first place in their regional league after only losing one game.

On Monday 21st February, the win was confirmed at their training session after they had drawn 1-1 with University of Leeds the previous Wednesday.

Mick Khan, first team coach, said he thinks it is a massive achievement for the team after a year and a half out because of Covid-19.

He said: “We have won it two seasons on the trot, but this year it’s an even bigger achievement because we have had to build up the team with a lot of new faces.

“At the beginning, some players doubted their ability, but they took on board everything I said and were prepared to work hard.

“Overall, the players have really dug deep and never gave up on working towards what we wanted to achieve in each match.

“Going forward my main focus is to continue to work hard so we can beat Hallam at Varsity. As long as we stick to what we know I think we will be in for a good day.” 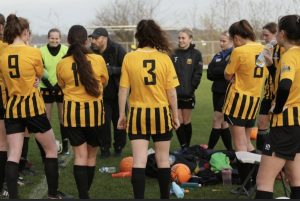 Half-time team talk during their match against University of Leeds.

During the season, they played University of York, Leeds, Edge Hill, Teesside and their rivals Sheffield Hallam in the Women’s Northern Tier 1.

The first team will go on to play University of Nottingham in a play-off match to see who will get promoted into the league above.

Olivia Cook, SUWFC captain and member of the first team, said she thinks the recruitment this year was very good and being able to build a relatively new team that won the league is a big achievement.

She said: “I’m super proud to be part of this team. It’s very nice to have finished first again, especially at a university that isn’t known for its sports.

“Our coach has been fantastic this season, he understands we have different ability levels in the team and the way he has got us to work together and adapt to different opponents is really impressive.

“The commitment from the players has been outstanding. Every time we play well and get a win it boosts the reputation of the club and women’s football as a whole.

“I’m so excited for Varsity. Like many third years, I haven’t had a Varsity ever because of covid, so this one’s going to be huge and I really believe we can win it.”