An Epilepsy Charity group will be hosting monthly events in Sheffield from March 10 for anyone affected by epilepsy to talk, listen and share experiences.

The Epilepsy Action Sheffield Branch event will be the first of a series of monthly face-to-face meetings to provide support and advice for all people affected by epilepsy in the Sheffield area. These events will be held at the United Reform Church, and is open to anyone affected by epilepsy, including patients, family, carers, friends or colleagues. 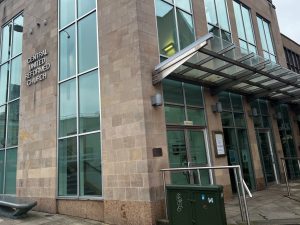 The Media Officer for Epilepsy Action, Claudia Christie said: “Over the last two years, many people affected by epilepsy have felt very isolated. It is even more important now that we provide a safe space for people to meet and share experiences and learn more about the condition from reliable sources.

Epilepsy Action is the UK’s leading member-led epilepsy charity who reach out to over 600,000 people suffering from or with an interest in the condition.

Ms Christie said that epilepsy is one of the most common serious neurological conditions in the world affecting over 50,000 people across Yorkshire & the Humber.

She added: “It can be very confusing and worrying to be diagnosed with epilepsy. The impact of the condition goes far beyond seizures and can affect all aspects of life, including work, education, driving, family life and relationships.

“Simply put, epilepsy is a condition that causes people to have seizures. A seizure is a sudden burst of that electrical activity, which can cause a person to experience new sensations or movements. It can be caused by various reasons, such as a brain injury or genetic factors, but for some people there is no clear cause.”

Ms Christie believes that although understanding has improved over recent years, there is still a long way to go before everyone with epilepsy can live in a world of fact rather than fiction.

She said: “We want people to see that there is life beyond epilepsy.

“People attending these events can meet others who may have experienced similar issues around their condition and know they are not alone.  They will also get help with some of the problems living with epilepsy can sometimes bring.”

You can find out more about epilepsy and get support, here or through the Epilepsy Action helpline: 0808 800 5050

There is also a page dedicated to supporting young people with epilepsy.