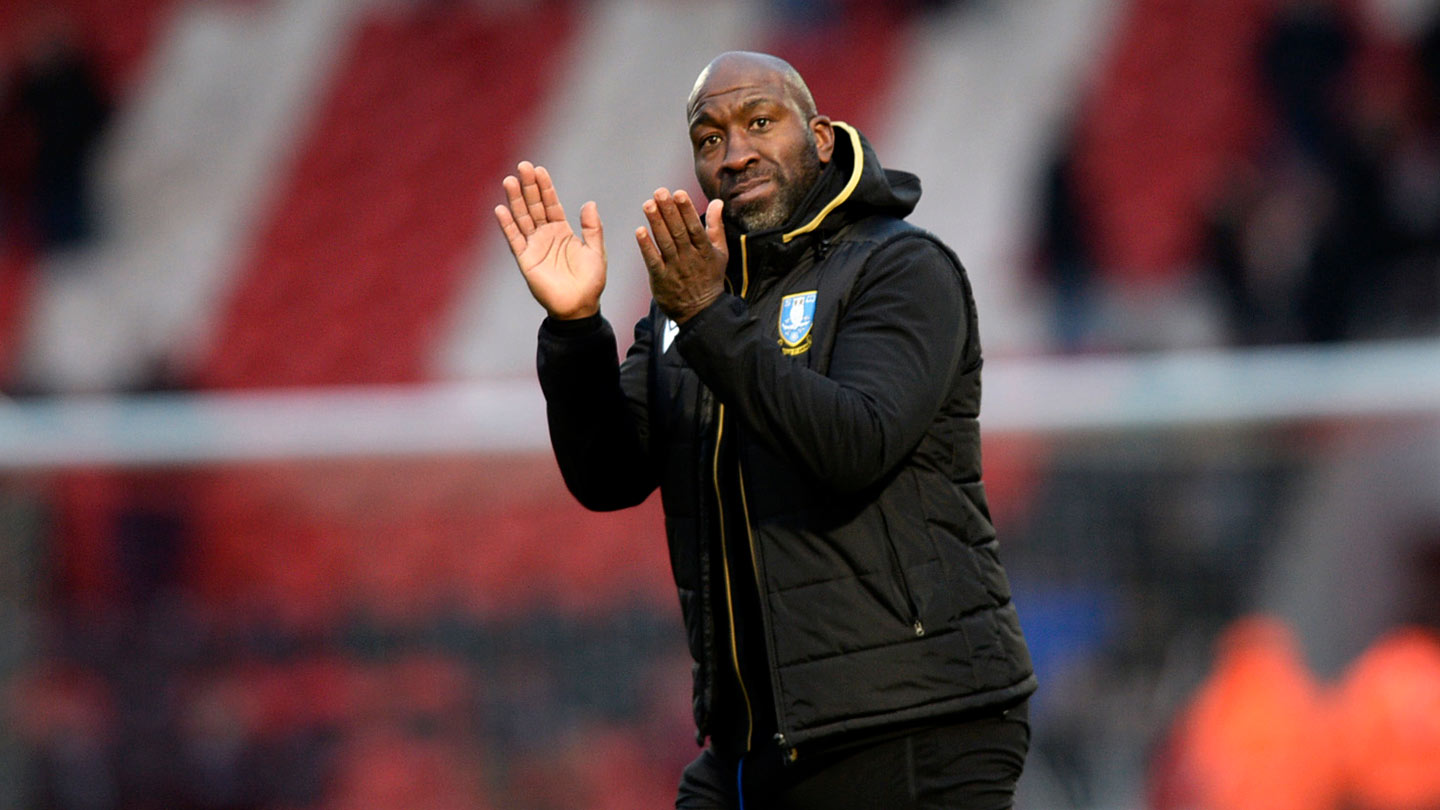 With Sheffield Wednesday occupying the 5th  playoff position in the English Football League 1, many would describe Darren Moore’s first year in charge a success.

Wednesday are in superb form following their 5-2 victory over Burton Albion on Tuesday night with only one loss in their last 8 league matches.

To celebrate his first year, The Wednesday ‘Til I Die Podcast took to social media presenting Wednesday fans with a poll as to whether they were happy with the manager or wanted him to be sacked.

Host of The Wednesday ‘til I die Podcast, James Mappin, said: “Some of the team selections are questionable but whilst we are winning and moving up the table, I’m willing to trust the process.”

Darren Moore has managed a total of 54 games during his first year, winning 22. Drawing 15 and losing 17, averaging 1.5 point per match whilst in charge (sofascore.com).

What’s your thoughts on Darren Moore so far? #SWFC

The poll demonstrated that 61% of Sheffield Wednesday fans were pleased with the clubs performances, whilst 22% felt that they could be doing better since his appointment in March 2021 which saw Moore lose 2-1 to a 10-man Rotherham.

But how do Darren Moore’s stats in charge compare to his last two predecessors, Tony Pullis and Garry Monk as per sofascore.

As shown, despite facing more League 1 opposition than either Pullis or Monk, Moore boasts a stronger record over his 54 games as manager, winning over 40% of them.

However, some Owls fans are still questioning the credentials of their manager after spending one year in the hot seat.

The owner of the @owlsxtra Instagram account, who said: “It’s hard to say whether it has been an overall success or not but when you look at it from a neutral perspective we’ve underachieved.

“The team we have at the club with no injuries is a mid-table Championship team but we seem to be the most unlucky team in the 92 on the injury front.”

As for the future of Moore, he made clear his plans to stay and move forward with the club.

Moore said in an online statement: “The fans are seeing a group of players who the club means a lot to and I’m happy with that as the manager.

“The run we’ve been on comes with the team ethics being right and everybody working hard together.”