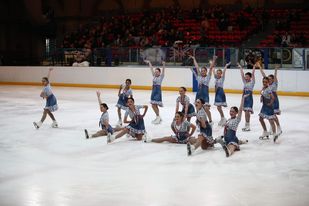 Ice skaters from around the country are heading to Sheffield for the return of The Steel City Trophy this weekend.

IceSheffield will host the spectacular event following a two-year hiatus due to Covid-19.

Tomorrow (Friday 4th March), 46 teams are arriving from places ranging from Inverness, Scotland to the Isle of Wight, to compete in the second synchronised skating competition since 2020.

Amanda Hembrow-Jones, owner of the Synchronised Skating Club, said: “It’s nice to be back on the ice, we all felt a bit weary after being in isolation for so long but all of a sudden it was like being let loose.”

The competition is usually held for countries around the globe with teams from Canada and Russia competing at the last trophy, bringing thousands of viewers to their free livestream. However, due to coronavirus restrictions this year will be a national competition.

Ms Hembrow-Jones added: “We weren’t sure until mid-January what restrictions would be in place so we had to scale it back, it was a shame, but we couldn’t run the risk.”

The skaters were desperate to get back to skating after having their first competition in London at the Alexandra Palace, however, the past two competitions in Nottingham and Dumfries were cancelled due to Covid. 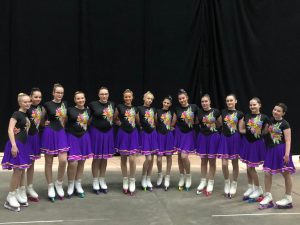 The Steel City Trophy was first organised and held in 2019 to bring synchronised ice skating to Sheffield.

Peter Kilham, senior ice skater and competition organiser, said: “The competition is like our baby we want it to be the best it can be, it’s not as glamorous as we thought it would be, but we are very glad to have our second competition of the season.”

The competition consists of 13 different categories ranging from below 10, up to adults, even featuring an inclusive team for disabled skaters. 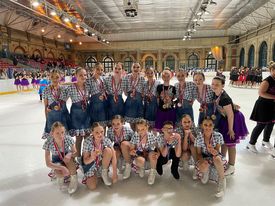 Michelle Hartley, Perpetuum (Adult team) captain, said: ”It’s nice to have a family on the ice, having people around you working towards the same goal.”

The competition is taking place on the 4th and 5th of March and tickets are available to buy at IceSheffield on the day.