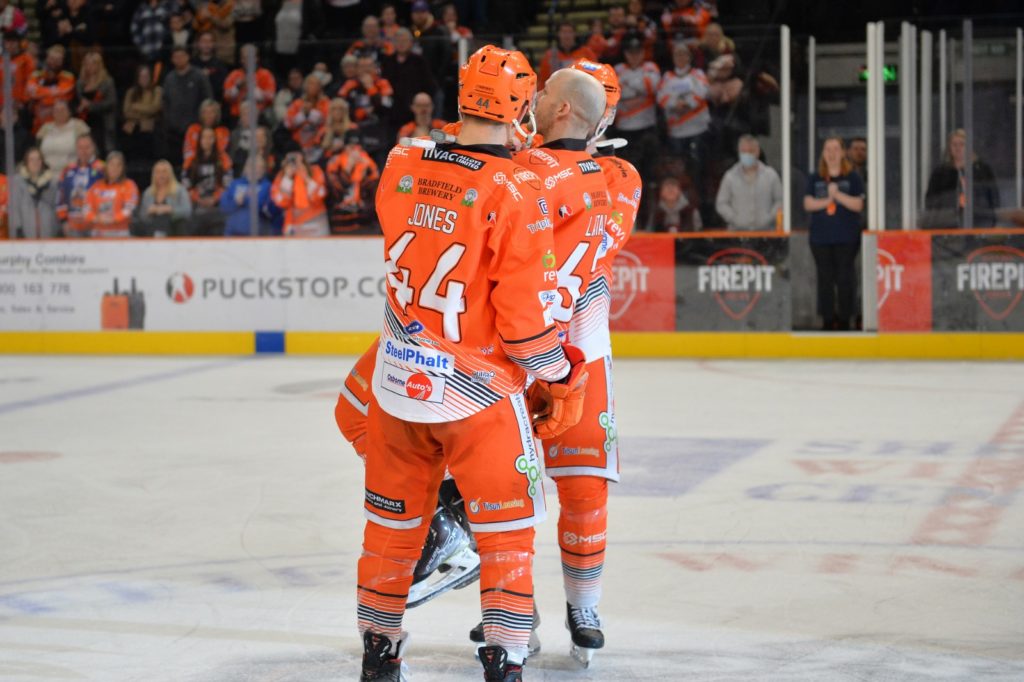 The Sheffield Steelers are set to support the victims of the ongoing crisis in Ukraine this weekend.

The club plan to raffle off 40 warm up and matchday shirts, with all proceeds being donated to the Association of Ukrainians in Great Britain (AUGB).

Speaking in a release on their website, Director of Operations Shaun Smith said: “We have obviously all been touched by the events in the Ukraine and as a club wanted, in some small way to show our support to the Ukrainian people and if possible try to make a difference by raising some much needed funds.”

He added: “We know our fans will support this raffle in a huge way.”

The Steelers, traditionally branded in orange, have changed their social media profile photos to a blue and yellow adaptation of their crest in solidarity.

The move has been well received on social media, with supporter Paul Johnston tweeting: “I’ve not always been on board with the club with regards to the frequent shirt raffles but I’m behind this idea 100%. Well done to my club.”

I've not always been on board with the club with regards to the frequent shirt raffles but I'm behind this idea 100%. Well done to my club🧡🍊

Whilst still maintaining their orange shirts for the match itself, the Steelers will print a Ukraine flag in place of the usual player nationality on the rear and collar of the kit.

George Barber, founder of unofficial Steelers blog ‘Steel the Puck’ said: “I think it is a positive reaction. The raffle spreads awareness about what is happening to wider parts of the fanbase who may not have access to social media. With it being a one off kit they are likely to generate roughly £8000 in tickets, therefore helping their chosen charity with more funds.”

He added: “I would say the reaction on social media is more of an expectation rather than a necessity, you see it happen with things such as Halloween, pride, valentines etc. It will generate more followers on the platform for the Steelers and the exposure is good. I believe it will become a league wide event this weekend.”

Sheffield Steelers play Dundee Stars at the Utilita Arena on Saturday night, with face off at 7pm.