Sheffielder’s speak out against the rising cost of living 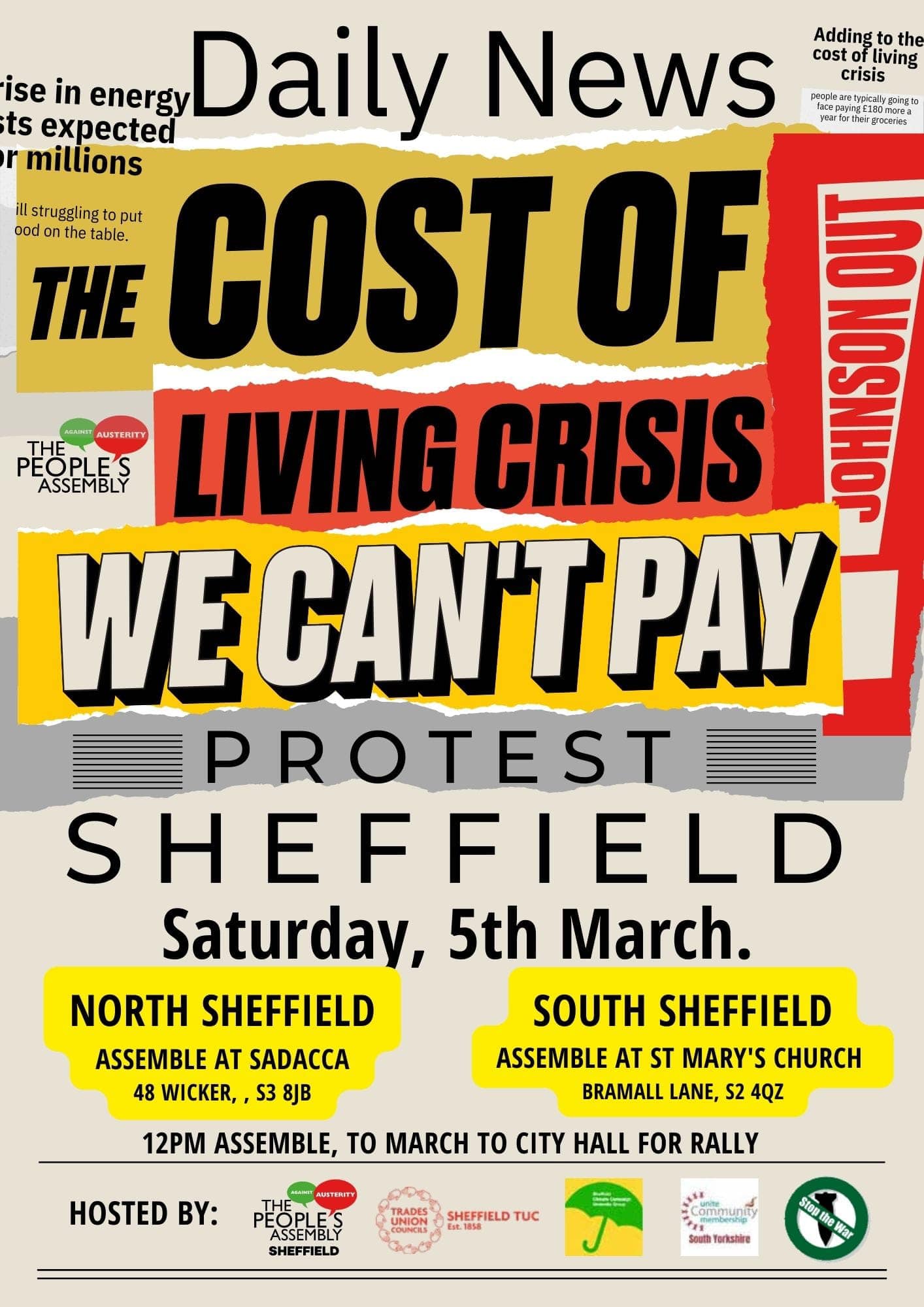 The people of Sheffield have vented their frustration about the increased cost-of-living and fear they will have to choose between heating their homes or feeding their families.

Many have spoken out about skipping meals to compensate with rocketing energy prices.

The governments response for the pricing issue is to raise minimum wage, but people don’t believe this is enough to survive.

To combat the crisis marches are taken place across Sheffield this weekend.

On Saturday March 5, the Disabled People Against Cuts Sheffield group (DPAC) will lead protests assembling in two regions and marching to City Hall for a rally.

Protesters are to meet at either SADACCA on the Wicker or St Mary’s Church at 12pm, or for those who cannot march can meet the rally at City Hall at 1pm.

Protests are to take place across the country as people are outraged by the growing cost of living, which threatens hardship on many people.

These marches come after statistics show that inflation causes the everyday prices to soar.  Including but not limited to energy bills, fuel, grocery shops and other everyday expenses.

A representative from the DPAC said: “Protests will continue to take place against the unacceptable cost of living, whilst our money continues to be spent by this Government on lining the pockets of their billionaire friends.”

Aiden Chamberlin, 22, said: “I will be at the protest this weekend, and I will continue to protest until something changes.

I cannot continue to live like this, I can’t afford it.”

Students have claimed even if they work to substitute their loans, this still doesn’t cover their cost of living. Others worry they may have to drop out of university to work longer just to be able to afford to live.