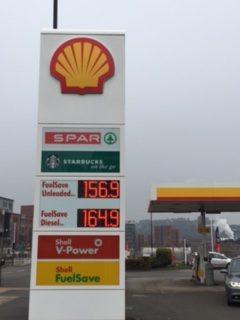 UK petrol prices have soared and are predicted to keep rising following Russia’s invasion on Ukraine.

Alan Mason, Forecourt Petrol Station manager said: ” There isn’t a fuel shortage, the public are just trying to buy fuel before the price goes up, which then has a knock on effect. I think this will have a long term effect on the fuel prices.

“We order three tanker loads of petrol a week but it will sometimes run out within just one day, so we have to put extra orders in. This means we might get refused or have to pay a premium to get extra orders which then pushes the price up.” 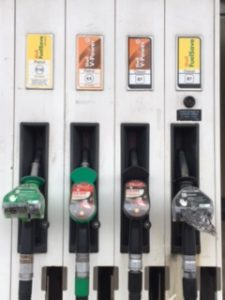 In real terms, the February increase in the average price of petrol means that it now costs £83.14 to fill a 55 litre family car. A record for fastest rising petrol costs that has quickly overtaken the previous one, which was set last October during the UK fuel shortage.

RAC fuel spokesman Simon Williams said: “We know from RAC research that eight in ten drivers would struggle to get by without their cars and that the pandemic has made access to a car even more important than ever, but the exorbitant cost of filling up may force people to cut down on non-essential journeys to save money.

“February was undoubtedly a shocking month for drivers. A rise of 4.5p in any month is bad enough but when it takes pump prices to record levels, it’s bound to hurt households across the UK.”

Pump prices change when there are significant and sustained increases or reductions in the wholesale price of petrol or diesel. The other factor which affects the pump prices is how frequently retailers buy their fuel.

I am a trainee journalist at the University of Sheffield. If you have any stories please contact me. I can be contacted at smason4@sheffield.ac.uk or on twitter @sophrose150

I am a trainee journalist at the University of Sheffield. If you have any stories please contact me. I can be contacted at smason4@sheffield.ac.uk or on twitter @sophrose150