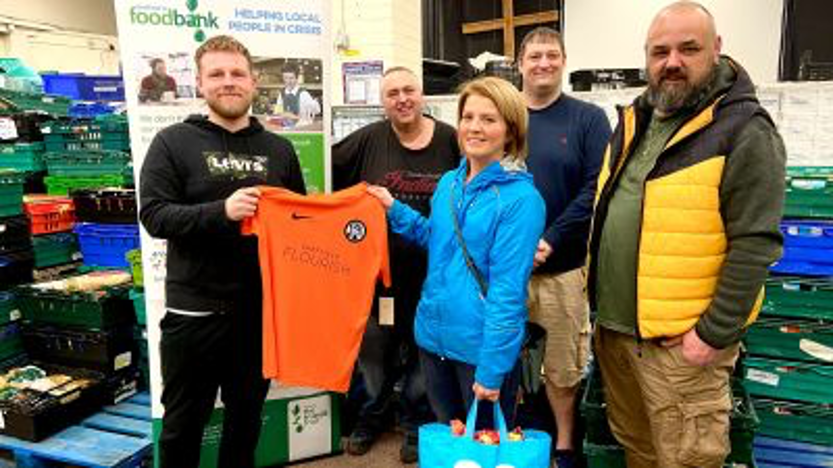 A football club in Sheffield called Man v Fat have collaborated with the city’s biggest food bank to fight hunger.

The S6 food bank helps thousands of families across Sheffield and collects non-perishable foods such as canned food and other essentials to donate as needed.

Guy Bell, age 30 and one of the players at Man v Fat in Sheffield, said: “It was an eye-opener when we went to the food bank and saw how little some families live off in a day.

“Personally, during lockdown, the amount of weight I put on just because of takeaways and money I spent was crazy.”

“There’s people out there who would kill to be able to have that money to spend on feeding their kids or themselves.”

Alison Wise, the communications manager for the S6 food bank, added: “We are really excited about this partnership because they are keen to get involved with volunteering and raising awareness.”

“Around March 2020 we were helping around 150 people a week, compared to now the number has rocketed to around 1,200 people a week.”

She is positive that the Man v Fat team will aim to spread the message further than Sheffield.

Every day people in the UK go hungry for lots of reasons such as a low income issues. S6’s mission is to help as much as possible.

S6 foodbank is the biggest organisation of its kind in Sheffield and it now has 11 sites covering the whole city. It is currently fundraising to provide one million meals to local people.

They also have a branch in Wakefield, West Yorkshire.

It is also part of the Trussell Trust network which aims to tackle hunger across the UK.