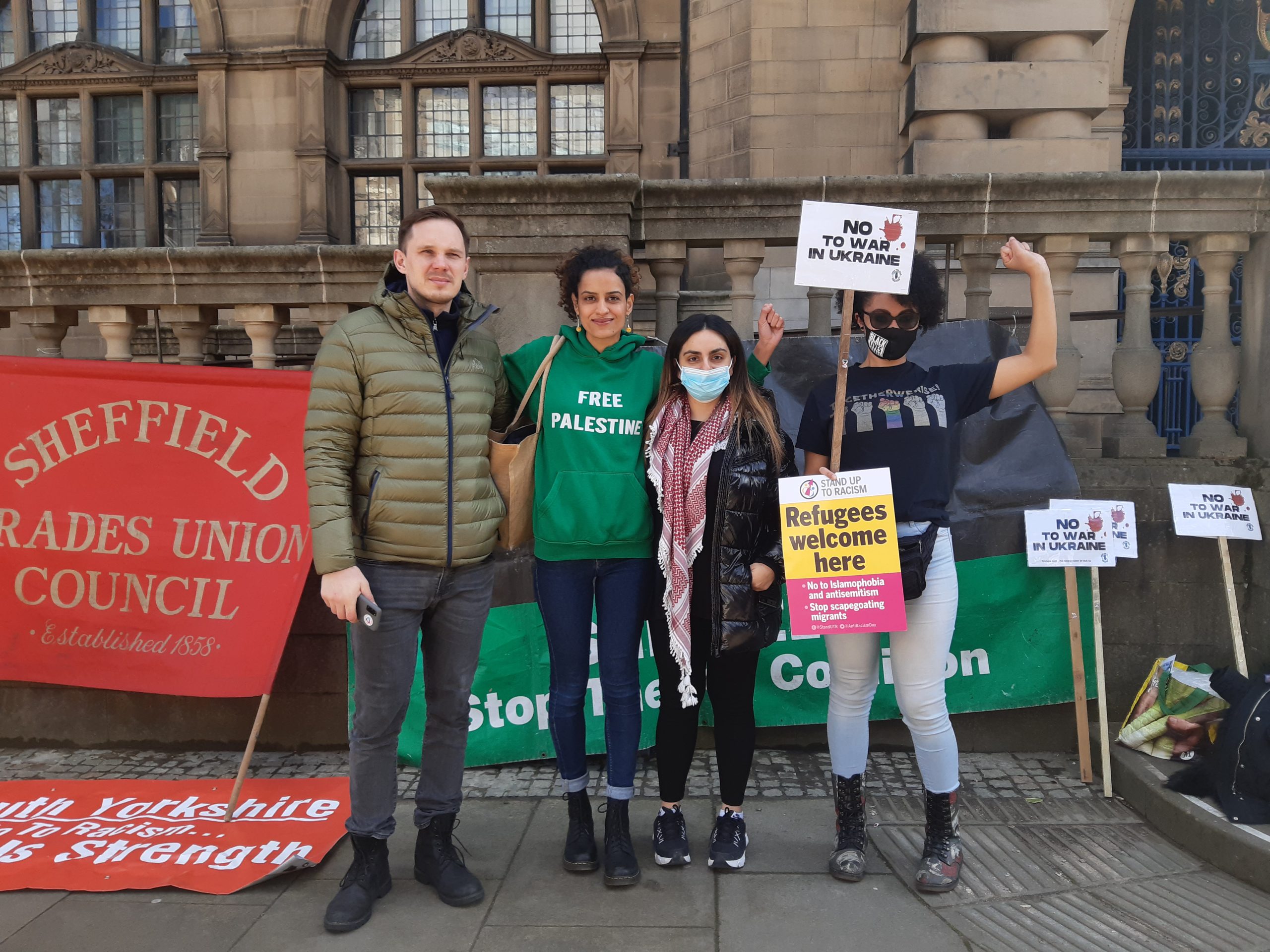 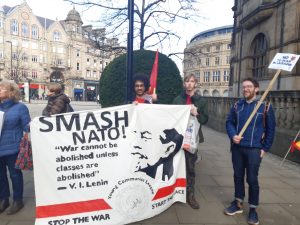 Dr. Dick Pitt, of Sheffield Stop the War Alliance said it was a demonstration of solidarity with the Ukrainian people, a demand for Russian troops to leave Ukraine, and a way of saying ‘no’ to the NATO expansion.

He added : “Sooner or later there will be a nuclear war and I believe that is terrifying.”

Martin Mayer, from Sheffield Trade Union Council said : “He said deaths of civilians should upset us all.”
Attendees held signs and banners with the title “Refugees are welcome” and “Smash Nato”

People expressed their concerns and worries for refugees, and stood in solidarity throughout the afternoon.

Throughout the rally, a petition was circulated calling the war to end.