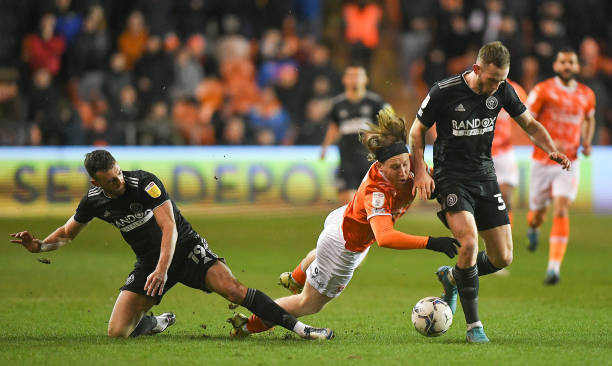 Sheffield United had two goals disallowed as they played out a closely fought 0-0 draw with Blackpool on Wednesday evening, with Paul Heckingbottom labelling the game as “a 2-0 win, not a draw.”

Heckingbottom’s side went into the match experiencing their first real run of inconsistency since his reappointment in November, with a 4-1 battering by Coventry on Saturday the tip of the iceberg.

There is a sense that Championship promotion won’t be as easy as their winter form had suggested but they could have reclaimed a place in the play off spots with a win against the Seasiders.

Blackpool’s impressive recent form had consolidated their position in the table, going into the match on a three game winning streak and they had taken all three points in the reverse fixture at Bramall Lane in October.

Set under the lights of Blackpool tower, the game started at a high intensity but the first chance fell to Sheffield captain Billy Sharp, who shot just wide of Blackpool’s goal.

Blades kept the pressure on, and it would be the Norwegian Berge who appeared to flick his team in front 16 minutes in after a scrabble in the box, but even though the ball crossed the line he was ruled offside. 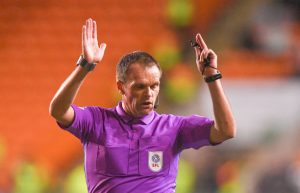 The home side did briefly react by creating a number of chances for target man Gary Madine, playing against his old employers.

Dangerous winger Josh Bowler created his team’s best chance so far with a deflected shot from outside the box, which struck the crossbar and it had Foderingham scrambling.

The halftime score was 0-0, with the Blades being more frustrated and Blackpool having their moments.

Blackpool started the second half with more enterprise, passing the ball about better and fashioning a chance or two, however quality dropped noticeably after around 10 minutes.

With around 13 minutes left, Sheffield United again appeared to take the lead. Ollie Norwood guided a sweet half volley into the goal but offside was called, this time because offside striker Sharp was deemed to have impaired the goalkeeper’s view.

Blackpool defended well in the final parts of the game, although Sheffield were toothless in attack, with Heckingbottom opting to give teenage striker William Osula his professional debut.

The full time score was 0-0, a result that would see both managers say they deserved to win. United now sit ninth, two points off the playoffs.

“It should have been a 2-0 win not a scoreless draw. Sander’s goal, 3 players play him onside, should have never been disallowed.

Second goal, not one of our players is in an offside position, not one.”