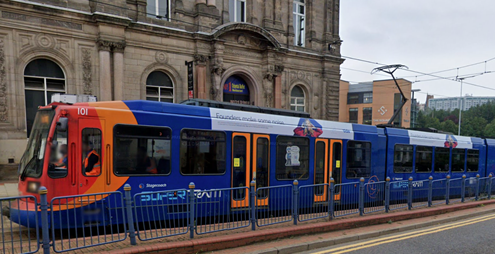 A teenager pretended to spray paint on a Sheffield tram before running across live tram tracks in an attempt to copy a dangerous TikTok subway surfers trend.

The short clip shows the girl ‘spraying’ a tram before running off across the tracks and eventually being grabbed by her hair.

The controversial video, that has racked up over 1.8 million views and 250,000 likes on TikTok, had a mixed reaction from viewers. The ‘Subway Surfers’ trend has gathered over 7 billion views on TikTok so far.

Some TikTok users weren’t impressed by the content, with one user commenting, “She committed a crime in order for this TikTok to be a success”. Another user said, “Not funny when you will get done for trespassing train tracks”.

Some users had a more positive opinion, with one commenting, ‘Nah this is funny!’ and others congratulating the people in the video for being ‘Facebook-famous’. 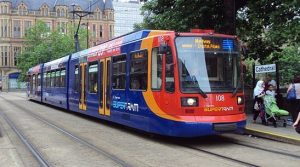 The company that runs the trams, Stagecoach Supertram, were not as amused. A spokesperson for the tram company said: “This kind of dangerous plan is very concerning to see and we would strongly urge others not to copy this. Nobody should be risking their safety by using the tram network in this way.

“There are designated pedestrian crossing points, and for their own safety people should never walk or run on, or along the track.”

The British Transport Police have described the trend as ‘dangerous’ and urge people against trying out this new TikTok ‘trend’. BTP informed South Yorkshire Police they were aware of the incident.

They said: “We are aware of a video on social media showing a female running on the tracks near Sheffield.

“Trespassing on the railway is extremely dangerous and we see hundreds of people taking risks on and around the tracks every year, resulting in tragic consequences or life-changing injuries.”