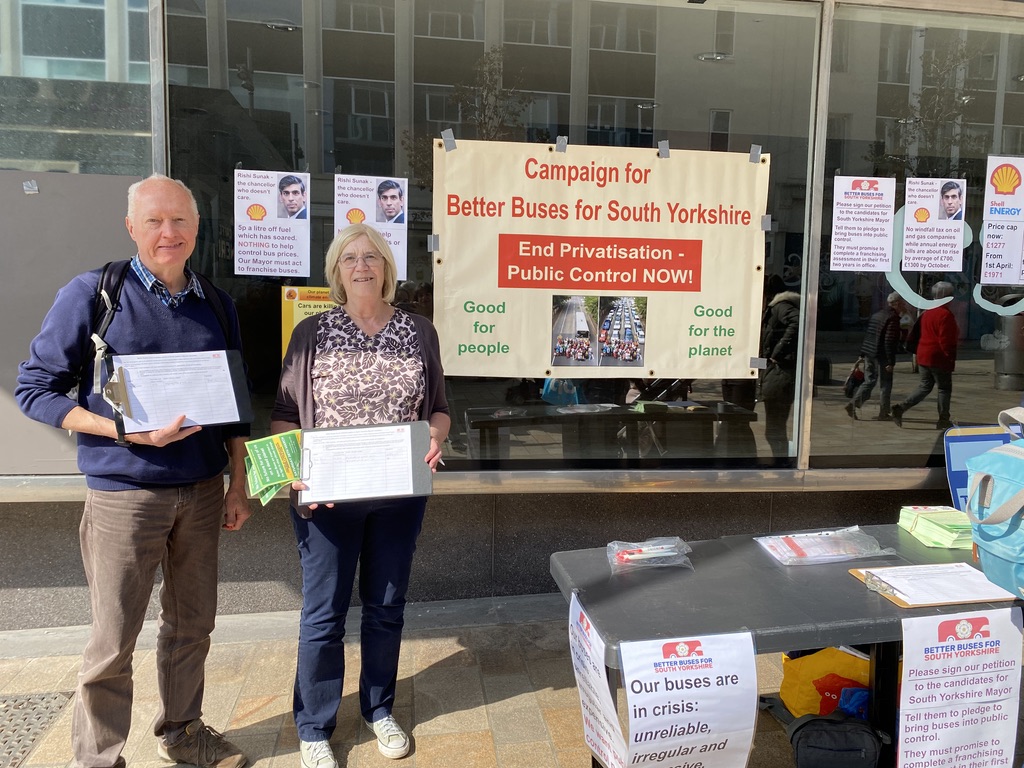 Campaigners from ‘Better Buses for South Yorkshire’ have demanded that buses stop being owned by private companies and be brought back under public control.

The campaign is asking for buses to go back to the way they were before 1986 when the government took the power away from the local authorities and all the bus routes went into private companies.

Fran Postlethwaite, 70, member of the campaign, from Barnsley, said: “Buses need a fundamental change in the way that they operate.

“At the moment it’s the private companies that rule the routes, so they decide where the buses are gonna go, what the fares are gonna be, whether they’re gonna run into the evening or finish early… all those things are under their control.”

‘Better buses for South Yorkshire’ brings together all those people and groups who want to see bus services improved for the benefit of passengers and communities.

According to the organisation, every survey that they have done shows that in South Yorkshire the buses are too expensive, they don’t go to the places people want to go to, and they are unreliable.

Mrs Postlethwaite said before this changed, people used to be able to go anywhere in South Yorkshire for 10p, kids travelled for 2p, car ownership was much lower, and the buses basically covered most of the areas that were needed to cover.

South Yorkshire mayor Dan Jarvis tweeted last week that he has secured an extra £12m for transport and travel, and he mentioned it will deliver ‘better buses’ for South Yorkshire.

I’ve secured an extra £12m for transport and travel.

What will that deliver for South Yorkshire?

“Compared with London, where the bus transport is so much better, we get 1/7 of the funding that London gets per passenger, and that’s not good enough.

“We say to the mayoral authority, Dan Jarvis, and the new mayor as well whenever they are elected: we want to work with you to fight for good funding for public transport, not just in South Yorkshire but everywhere.” 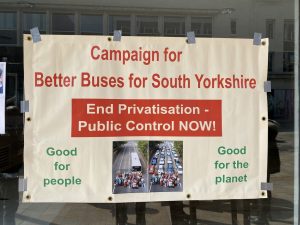