One last push for promotion begins for both Sheffield football Clubs 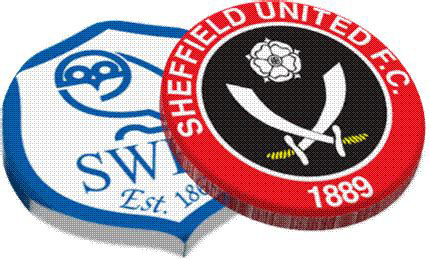 Sheffield United remain in the hunt for promotion back into the Premier League, currently in 5th position. Paul Heckingbottom’s side are preparing for the fixtures ahead as the international break is coming to an end.

There are eight fixtures remaining until the end of the season, including three away fixtures for the Blades with one being at Stoke this weekend.

Unbeaten at home since October, Sheffield United need to apply the same form to the equally important remaining away fixtures if they are to achieve their goal of promotion.

United are also expected to give Filip Uremovic, the Croatia centre-half his first start after he signed on a short-term deal after suspending his contract with Ruben Kazan due to Russia’s invasion of Ukraine. Filip agreed to joining Sheffield United after Heckingbottom looked to bolster his injury hit defenders.

There are only six points separating 5th placed Sheffield United and Coventry City in 11th place, so any mistakes in the final run of fixtures can be costly in their hunt for promotion.

In contrast, down in league one Sheffield Wednesday have won only three of their last six games, currently in 6th they are looking to get back up into the Championship.

One stat that has been doing the rounds on social media this past week, is that of all the teams in the top four leagues in England, no team has collected more points at home (44) than Sheffield Wednesday. Hillsborough is clearly a fortress for the Owls.

Darren Moore’s side is looking to put that same strong home form into the remaining away fixtures if they are to reach the Championship.

From the remaining seven fixtures four of them are away, when the points difference between 5th place and 9th place is only five points.

Going into the final fixtures of the season, it is getting very close for the teams who are fighting for promotion. The pressure is on as there is real expectation on both Sheffield United and Sheffield Wednesday.