Sheffield activist “angry and saddened” by duck farming in the UK 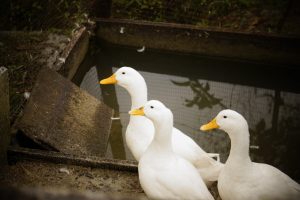 A Sheffield activist is promoting the Animal Justice Project’s campaign to ban duck farming across the UK, after stating that it is against the Animal Welfare Act.

The project has introduced an open letter to pass to the Government in order to support the ban.

SIGN ON TO OUR OPEN LETTER!
DEMAND that the government imposes a complete ban on duck 'farming' in the UK. The letter has already been signed by NGOs, Celebrities, Ethologists, Veterinarians & Animal Sanctuaries.#DownWithDuckFarminghttps://t.co/vnD87YtrRv#DuckFarm #Ducks pic.twitter.com/3merQpv0pf

Activist Kirstin Forsythe,51, said: “The first time these ducks see the outdoors is the day they are sent for slaughter at around 56 days old. It is ironic that the first time they experience open water is when they are electrocuted in a stun bath.

“It makes me feel angry and saddened that these poor sentient animals are forced to live in such terrible conditions for a product nobody actually needs.”

Ms Forsythe has followed the Animal Justice Project for over two years and said that they are a proactive animal rights organisation who has regular investigations and campaigns aimed at exposing the cruelty animals experience.

She said: “The open letter to ban duck farming is a campaign which is the result of three investigations into Gressingham Foods since 2019.”

Gressingham Foods have replied saying that they are aware that an animal activist group has released a video on social media targeting duck farming; the footage is entirely historic. No recent or new videos or photos have been released.

They said: “As one of the best known and visible poultry brands in the UK we understand why Gressingham is targeted for attention in this way. We simply do not agree with the claims made, nor the aims of the group, and will continue to work to the highest ethical standards to produce great quality poultry products for our customers.”

Ms Forsythe believes that when an animal is treated as a barcode, animal welfare is never considered due to the commercial needs of the industry. She said the most shocking thing about duck farming is the fact that ducks are semi-aquatic birds meaning that a ducks basic instincts are prevented by companies such as Gressingham Foods.

Section nine of the animal welfare act 2006 states that the basic needs of an animal should be met so they can exhibit normal behaviours. Ms Forsythe said ducks lives naturally revolve around open water but the majority of farmed ducks in the U.K have no access to open water and for this reason duck farming is not RSPCA assured. 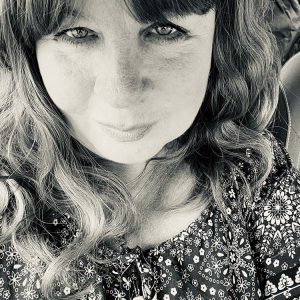 She believes that duck farming is a breeding ground for infections and says that three in four of the world’s emerging infectious diseases originate from animals and are perpetuated by animal agriculture.

“On top of this bird flu outbreaks are more and more prevalent; 35000 birds were slaughtered in March 2022 as a result of one outbreak. It is time for the government to invest in plant-based farming techniques and for animal farmers to receive grants to make the move to sustainable plant based food production.”

Ms Forsythe said: “If we truly consider ourselves a nation of animal lovers, we should consider all animals not just the ones that share our homes.”

With Sheffield National Animal Rights day coming up in June, answer this poll on whether duck farming should be banned in the UK or not.