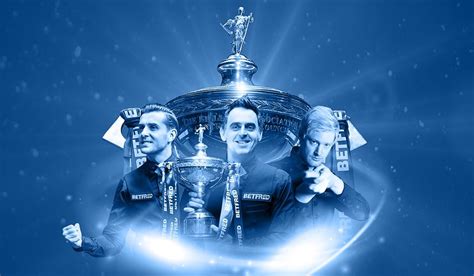 The 2022 World Snooker Championship is on the horizon. Between April 16 and May 2, the sport’s best players will flock to the iconic Crucible Theatre in Sheffield to compete in the season’s third and final Triple Crown event.

Will the reigning champion Mark Selby defend his crown? Could Judd Trump add another title to his collection? Will six-time winner Ronnie O’Sullivan even compete at this year’s event?

There will be a total of 128 competitors at this year’s tournament, with a mixture of professional and invited amateur players. The following four players are not only fan favourites, but they have won nine of the previous 12 titles between them. Judd Trump, Neil Robertson, Mark Selby and Ronnie O’Sullivan are strong contenders to clinch victory at this year’s tournament.

Mark Selby won the 2021 World Championship. “The Jester from Leicester” secured an 18-15 victory over Shaun Murphy in the final, clinching his fourth crown in eight seasons.

Here are the previous ten World Snooker Championship winners. As the table below details, two players have dominated the tournament over the past decade.

Selby and O’Sullivan have reached four World Championship finals in the last ten years. Selby triumphed on all four occasions, beating O’Sullivan in the 2014 showpiece. In 2001, 2004, and 2008, O’Sullivan has six titles overall.

Only three players – Trump, Williams, and Bingham – have broken the Selby-O’Sullivan hegemony across the previous decade