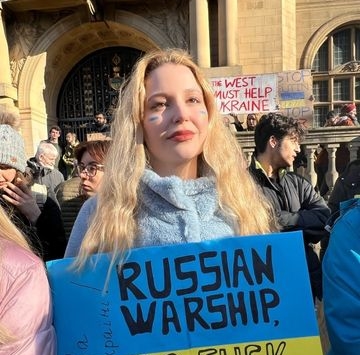 A Ukrainian from the University of Sheffield has been left feeling ‘broken’ at times while her parents stay in bunkers on the outskirts of Kyiv to help fight in the war effort.

Mariia, 23, has lived in Sheffield for the past four years but her family are from the centre of Ukraine, Kyiv, which is the battleground of fighting and bombing since the start of the Russian invasion on 24th February 2022.

The student studies a STEM subject but has asked for many details that may lead to her identification to be left out of the article to protect her safety after receiving threats online.

Her parents Tetiana, 45 and Denies, 49, are unable to leave Ukraine through humanitarian corridors because men between 18-70 aren’t permitted to flee the country, his wife refuses to leave his side on the outskirts of Kyiv where they are helping the war effort.

Mariia said: “The situation changes every day depending on the Russian armies’ position and what plan they have at the minute, it’s not a secret that they have been ordered to kill civilians from day… my parents spend time in bomb shelters every day… they can even identify different military weapons by the sound of them now.”

On the day of the invasion her mum texted her “Russians attacked. They are bombing us. I love you.” and her life has not been the same since, she felt in denial and struggled to accept the reality of what was happening at the start and was originally due to return home in Easter for a family holiday.

When the bombing started her parents grabbed some clothes, food and seven-year-old cat Alice and fled their family home which Mariia does not even know if is still standing.

Mariia said: “When something like this happens, what you struggle to find is purpose because there is an atmosphere of helplessness, when you see people, you know who are dead or those suffering, I have people who haven’t replied in weeks, it makes you feel helpless and creates an inability to live with this and carry on.” 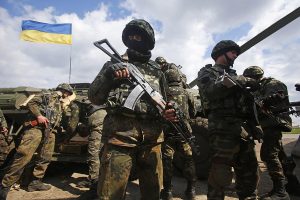 This comes after over a month of fighting, and in recent days reports from Bucha (outskirts of Kyiv) of mass graves and genocide have been caused by the Russian army on over 300 unarmed civilians.

She continued: “My lows get very extreme sometimes when something new happens, unpredictable things happen every day in this war. For instance, recently I found out a little girl was killed. She was doing arhythmic gymnastics and was very talented, she could have been an Olympic star, it broke me because I was very into gymnastics too.”

When asked about the response from the local council she was very positive and claims they did an ‘incredible job’, which comes after the Sheffield City Council allowed the Ukrainian community to be involved in council meetings and help figure out how best to help with support and donations from across South Yorkshire. 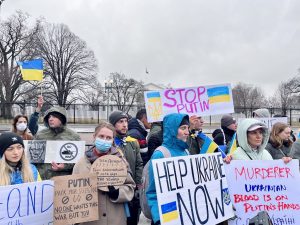 She said: “I went to the meetings in front of the Council and was overwhelmed by the amount of people that wanted to help, the council was also one of the few that pushed for a Ukrainian housing scheme in the UK which was resisted by most of government, but Sheffield was really pushing.”

Mariia’s future is unsure, she has started a GoFundMe page to raise money to finish her PhD next year as her parents have lost any ability to support and finance her. Check it out here.