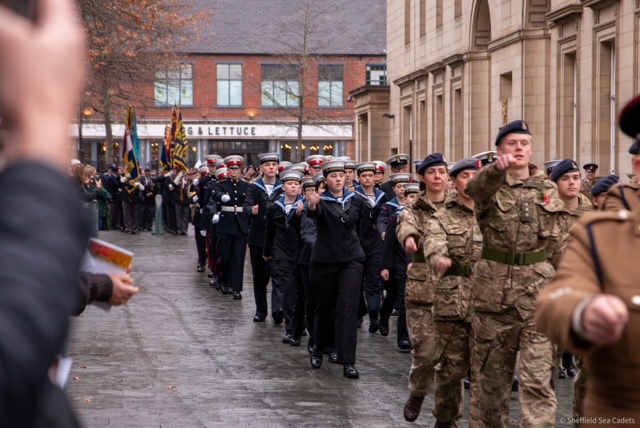 Sheffield will come together over the Bank Holiday weekend for a service and parade to commemorate HMS Sheffield as we reach it’s 40th anniversary.

It was the first British Warship to be lost, 40 years ago today, after it was struck and sunk by an Argentine missile during the Falklands war.

Out of the 268 crew, twenty were killed and more were injured, whilst the remaining were taken to safety.

People will gather at Cenotaph at 9am on Sunday 1 May, followed by a parade by the Sea Cadets, a march to the cathedral and a short ceremony inside. The Cadets will form up on Barkers Pool where ceremonial activities will take place. Admiral Simon Williams, the Captain of the last HMS Sheffield, will attend the parade along with veterans and 46 of the survivors which is the largest amount to be in attendance since the commemoration started.

Chris Camps, Officer in Command at Sheffield Sea Cadets, said: “It was the first warship to be sank since World War II and lot’s of people in Sheffield can remember that day. The Sea Cadets have been involved since the off and we have commemorated it every year since. It gives our Cadets a great sense of pride. We also have a cadet that rings a bell inside the Cathedral, which is a really big honour to them.” 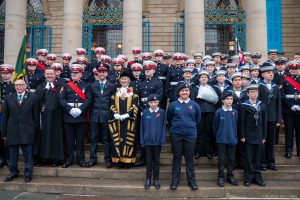 The Cadet will ring a bell for each of the twenty crew members. Their names will be read out and another one for the ship.

Lord Mayor of Sheffield, Cllr Gail Smith, said: “We invite all of Sheffield to join as we commemorate the 40th Anniversary of this significant event in our City’s and our Country’s history. As well as losing our prestigious warship, many lives were lost during the conflict in the Falklands and we mustn’t forget the sacrifices made by those who fought, and all those who still do today, to protect our freedom. It is an honour for me to take the salute on behalf of Sheffield, on this very important day of remembrance.”

The Lord Lieutenant and Lord Mayor will be taking the salute and there will also be a memorial unveiled at the National Memorial Arboretum on Wednesday. This will be engraved to remember the service of those who served in the 3 ships that shared the name HMS Sheffield and the twenty members that were lost during the Falkland’s conflict.