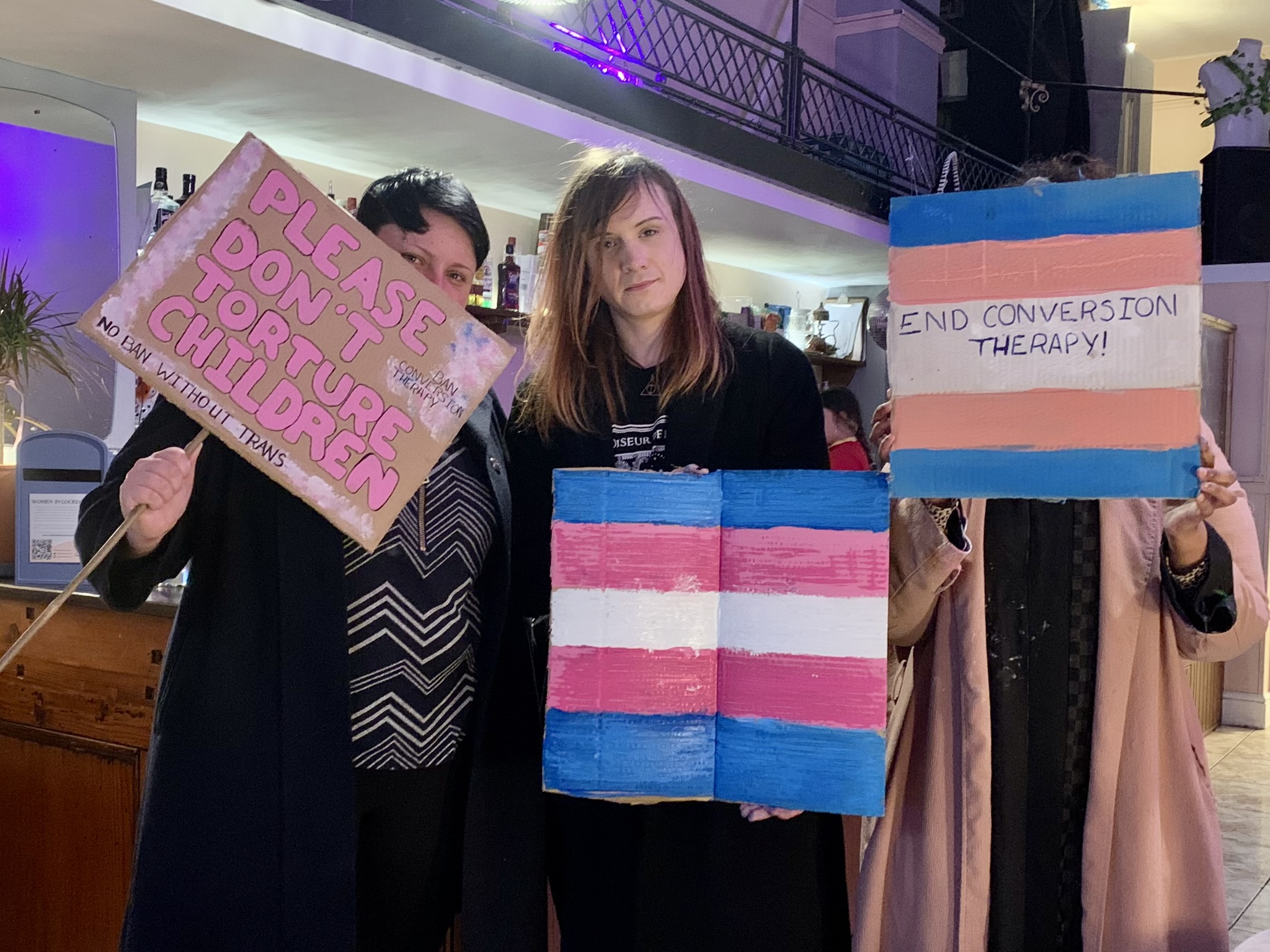 LGBT+ people have made banners at Dina Venue ahead of this Saturday’s protest against conversion therapy. 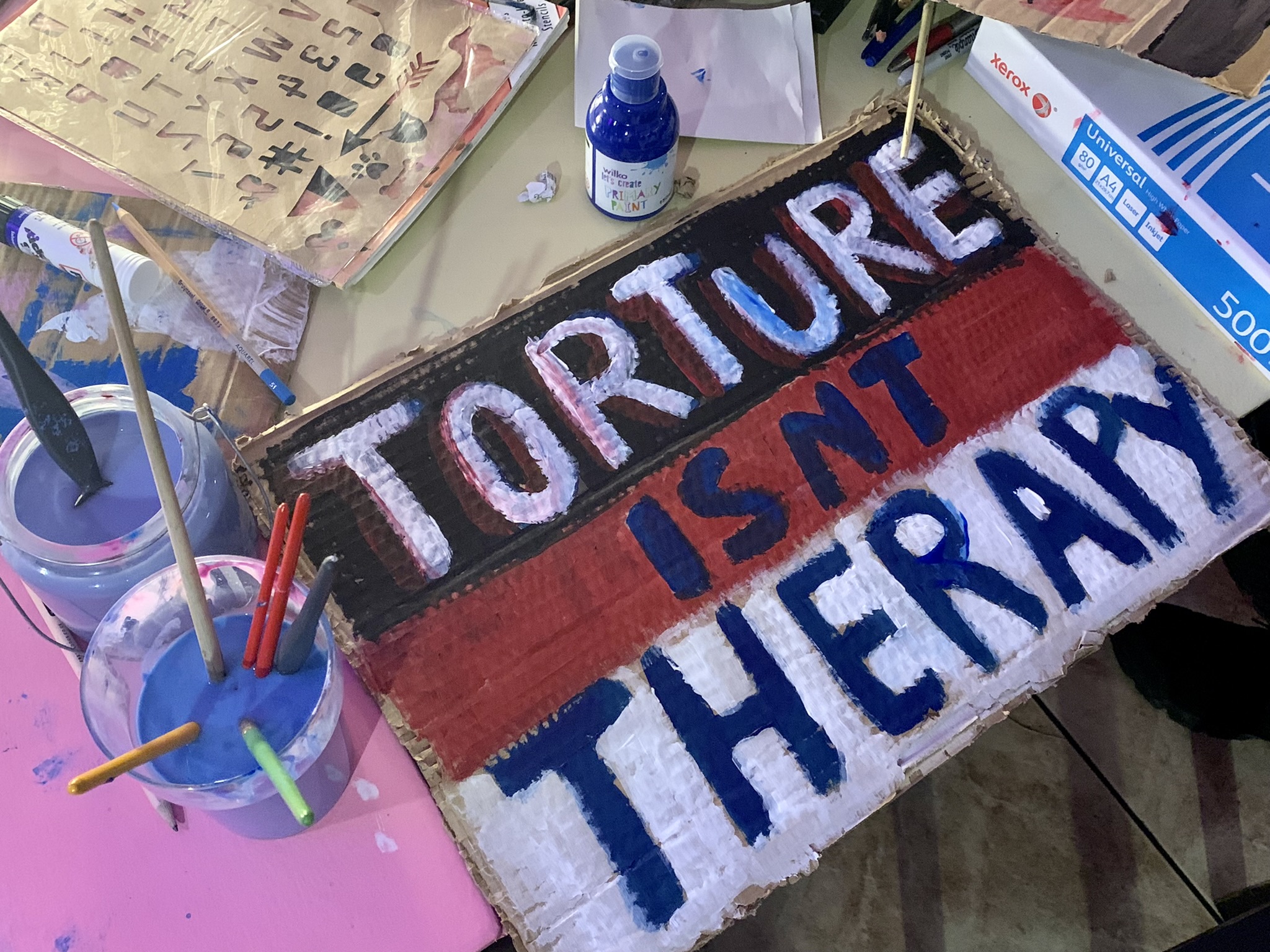 Earlier this month, the government announced that the sexual orientation or gender identity conversion therapy will be banned for gay and bisexual people, but transgender people are not included.

Pippin, a 25-year-old queer events host organised the protest sign making activity. Over 20 participants painted the cupboards and hoped for an equal full ban on the therapy, which can cause long term mental and physical damage to the receivers.

Pippin and their transgender partner Max had to move out of their place because they were constantly harassed regarding their identities.

Pippin said: “The problem within the system and society is that transgender people are still seen as the second class or of less humanity.” 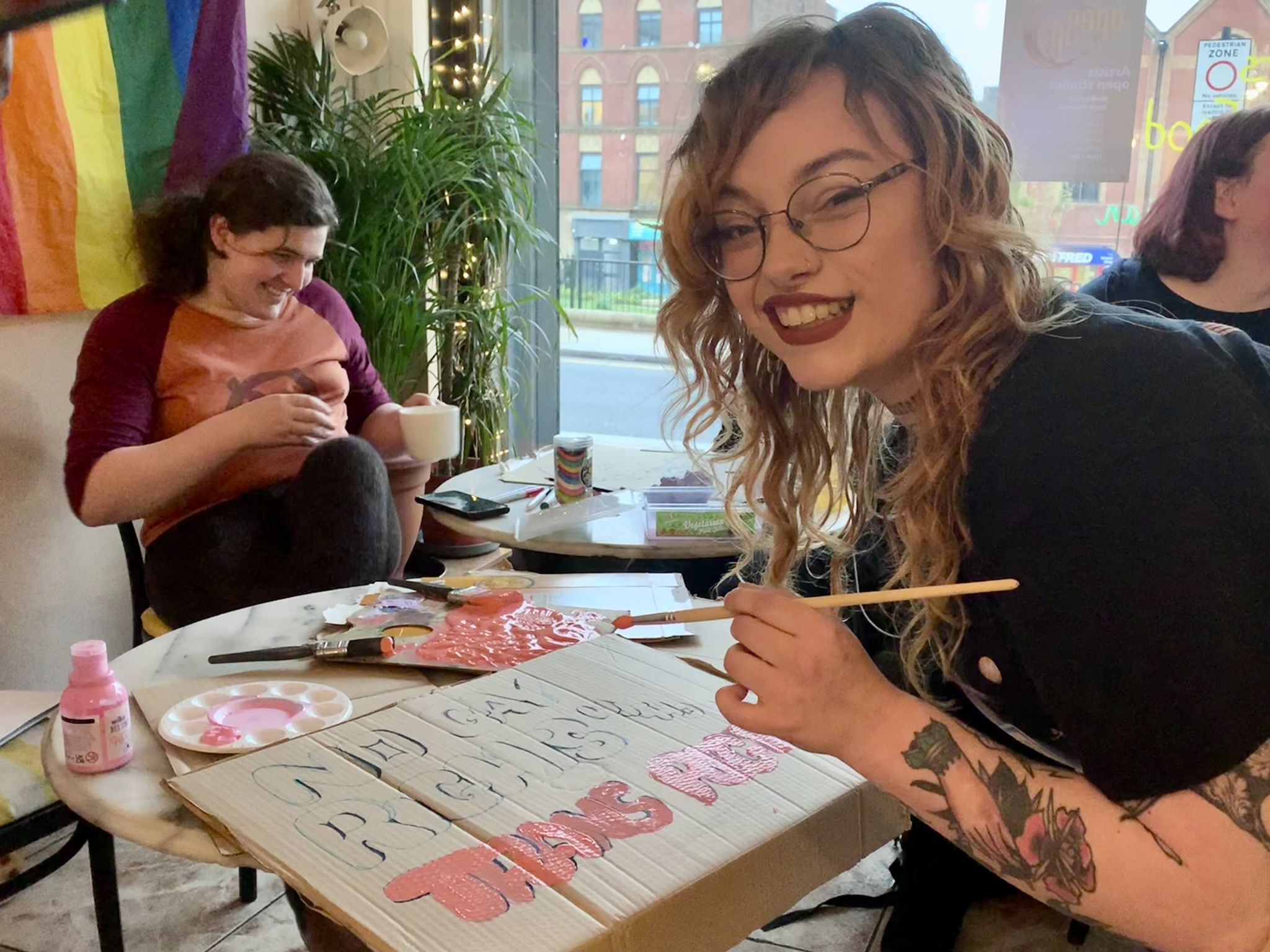 They said that conversion therapy is essentially torture against people’s will which does not work. They added that it will only harm LGBT+ people more when they are already discriminated against for accessing healthcare.

They said that only a minor proportion of people are de-transitioned, and this is usually because of outside influences and lack of support, not because they have  ‘changed their minds’.

Pippin said: “We need the public to understand that we are here, and listen to our voices. We have always been here and we will not be silenced, ostracised and othered without a fight.

“We are loud, we are fierce, we know who we are and the fight will go on until we can live equally, peacefully.”

Max said that the assaults and harassment were expected to happen, and she knows there will still be bias in the future.

She said: “It could be a distressing surprise, but I’m lucky to have support from family, friends and my therapist which many trans people do not have.

“We can not only expect the government and hospital to help, the most important thing is for the community to support each other.”

Louie Watkins, a 25-year-old pre-engineer, said: “The most fundamental thing to do is to speak to people and understand them.”

The protest will be held outside City Hall on Saturday at 11am.