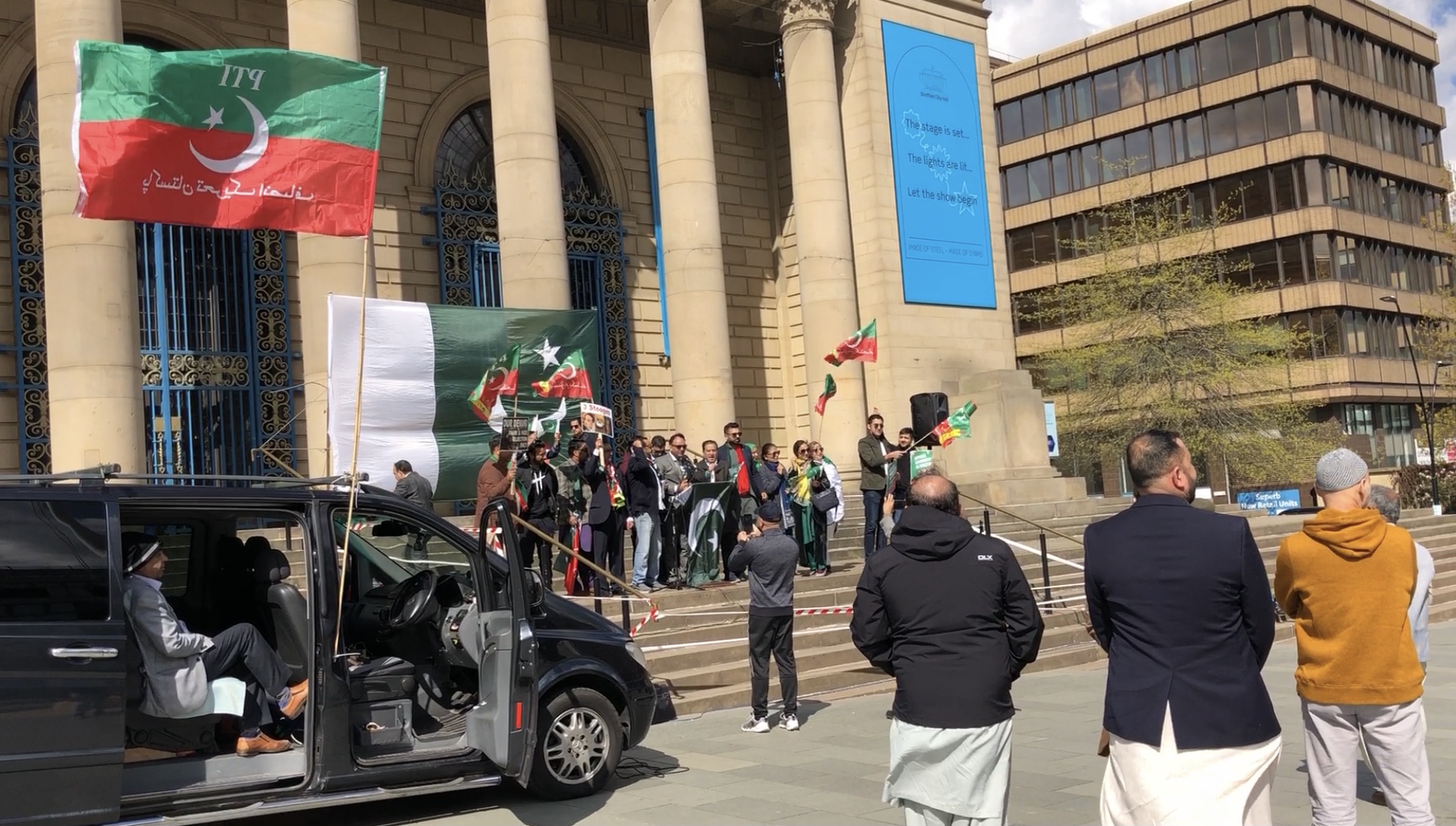 A protest was held outside of Sheffield City Hall on the 24th of April. Sheffield’s Pakistani community was one of many across the world who have taken to the streets to support the former prime minister of Pakistan – Imran Khan.

Javed Iqbal, one of the protest’s organisers said: “We want to get rid of corrupt regimes, wherever they are and bring democracy back to the public.”

Imran Khan was removed from his position in parliament earlier this year, following a no-confidence vote. He claims that this was due to his foreign policies interfering with the western powers’ interests.

Downing Street has commented that although they are closely monitoring the political situation in Pakistan, they are currently not planning any action.