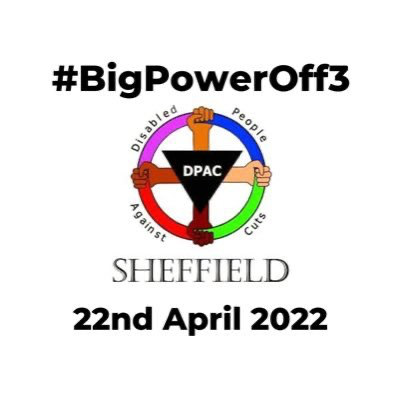 The Sheffield based action group, Disabled People Against Cuts (DPAC) launched the campaign, titled The BigSwitchOff3, for the disabled community to help save energy usage on 1 April.

The movement encourages people to switch off their electrics for ten minutes at 8pm every evening.

The short blackout’s cause a surge in the national grid, with the aim to impact energy and shareholder’s profit.

Thomas Hemingford, 51, from Harrogate said: “the cost-of-living issue is worse than I’ve ever seen it, but it’s even worse if you are disabled and require twice as much energy usage.

“My disabled wife and I can’t pay the rent without our neighbours help. It’s frightening knowing that we’d have no food, no heating and no home if it wasn’t for his continued help.”

Mr Hemingford said that taking part in this joint effort across the country will hopefully get the governments attention.

Karen Brady, an activist from Birmingham decided to post on Twitter about protesting after seeing the effects of the rising costs on her family and friends.

The DPAC organisers reached out to Mrs Brady and asked her to spread the message about the BigSwitchOff3.

She said: “We did two switch offs’ initially on the 10th and 16th of April. We then decided a weekly event wasn’t going to get us anywhere, so we began doing them daily.”

People are encouraged to get involved in the BigSwitchOff3 whether it is daily, or whenever it suits their routine. 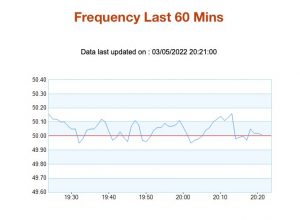 Mrs Brady said: “It’s impossible to know how many people are doing it, but we see the surge in the national grid each day.

“The Government makes choices that are literally impossible to live by. They can easily implement special measures to reduce costs but refuse to.”

There is already expected to be another increase in the cost of energy in October, which is now expected to rise by 32%.

The movement hopes that by affecting energy companies in this way, they might look at reducing prices in the future.