Sheffield Labour councillor celebrates a milestone 50 years in the role 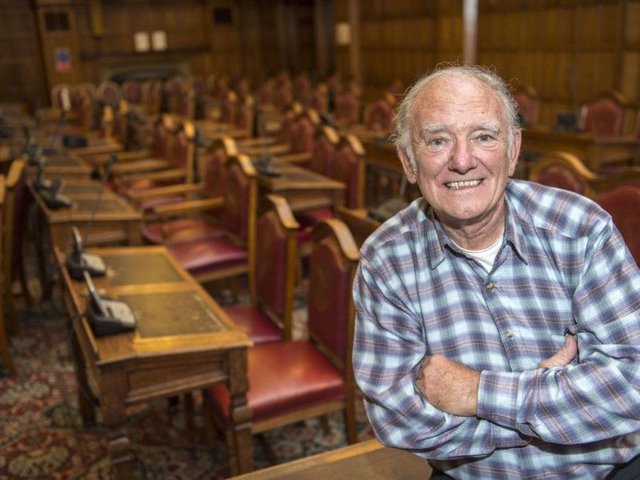 Peter Price MBE, the Labour councillor for Shiregreen and Brightside, yesterday celebrated his 50th year as a Sheffield councillor.

To date, he is Sheffield’s longest serving councillor.

He began his first term on 4 May ,1972, and has continued right up until the present day.

Mr Price said: “It’s been a long haul. I mean it’s really been a superb adventure representing the people of Brightside.

“I’ve been proud to be involved in so many improvements over the years and especially in the city.”

Mr Price wrote on Twitter: “Fifty years ago today I was elected the Brightside Councillor and have been proud to represent the wonderful communities ever since.”

50 YEARS AGO, today I was elected the Brightside Councillor and I have been proud to represent the wonderful communities ever since
I’ve held many positions on the City Council, Dep Leader and Chair of the Leisure Service for 12yrs Social Services 3yrs +others incl Lord Mayor ✊

He told ShefNews: “I believe I’m quite proud looking back on what we’ve achieved but there’s still a long way to go.”

He has fulfilled many council roles over the years including being the Chair of Leisure and Chair of Committee, which made big decisions about major roles in the city council.

He added: “I’m quite proud of all the achievements to transform the city. I think the transformation from what was an industrial wasteland, with 15 per cent unemployment  or dereliction down the Don Valley, was really transformed.”

Coun Price also helped bring in changes to his ward including creating two community centres, improving the sports grounds and other facilities.

He added: “I’ve always enjoyed working with local communities which helped raise money for charities and that’s a side of things that really swung me to politics.”

He joined the Labour party when he first got married and decided to be a councillor.

“I was quite excited about getting rid of the new water heater revolution. I joined and then began to stand by local members.”

In his personal life, Councillor Price has also had four children and more than 20 grandchildren.

He joked: “They’ve got memories of them going through town on marches with me, which embarrassed them greatly.”

His family even joined him when camping with the Sheffield Labour Party in the Lake District.

“There was a feeling of comradery even if we didn’t agree with each other on issues, we’d always go to the camp and have a good time together.

“I think they’re dead proud, now they’ve received so much over the years for Sheffield. They like boasting about stuff that I’ve done.”