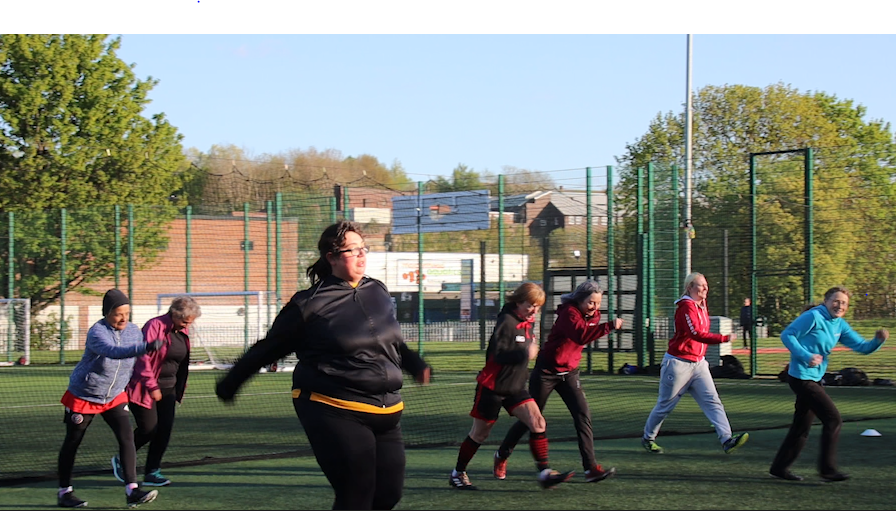 5 May 2022
An anti-racist, football-based community project based in Sheffield is encouraging more women and girls to join their football sessions.
‘Football Unites, Racism Divides’ hosts Women’s Walking Football at the U-Mix Centre every Friday.
Ruth Johnson, women and girls football development worker in FURD, said: “I help women and girls to get involved in football in whatever way they want. I particularly focus on under-represented groups in football, which includes older, black, and ethnic minority women and girls, and try to bust some of the myths and stereotypes about who football is for.
“Lots of older women in particular never got a chance to play when they were younger, but it’s not too late, we currently have players aged up to their mid-60s.”