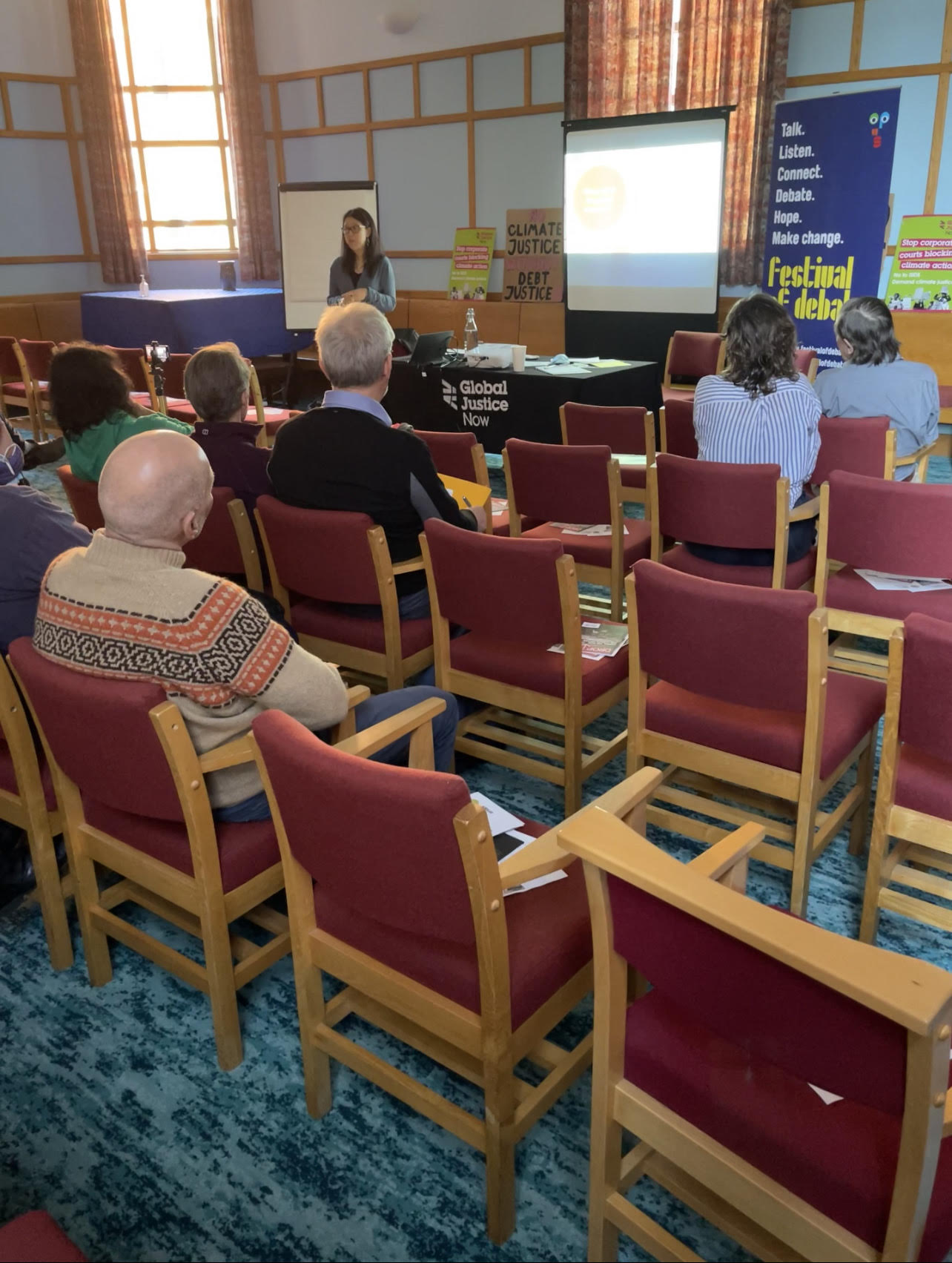 A social justice organisation that is part of a global movement to end poverty and injustice, has held an informative talk on the link between the climate and debt crisis affecting the global south.

Global Justice Sheffield, formerly part of the World Development Movement, mobilise people in the UK for change, and act in solidarity with those fighting injustice.

More than 20 people attended the event at the Quaker Meeting House, Sheffield on Wednesday 11 May, as Jubilee Debt Campaign executive director Heidi Chow revealed how the debt crisis in the global south is preventing countries like Zambia from fighting the climate crisis, as well as draining away resources needed for public services.

Following Chow’s insightful talk, the attendees pitched questions to the guest speaker and held discussions in groups, as many hailed the in-depth knowledge shared at the event, which was an encouraging step in spreading awareness about the need to cancel debt.