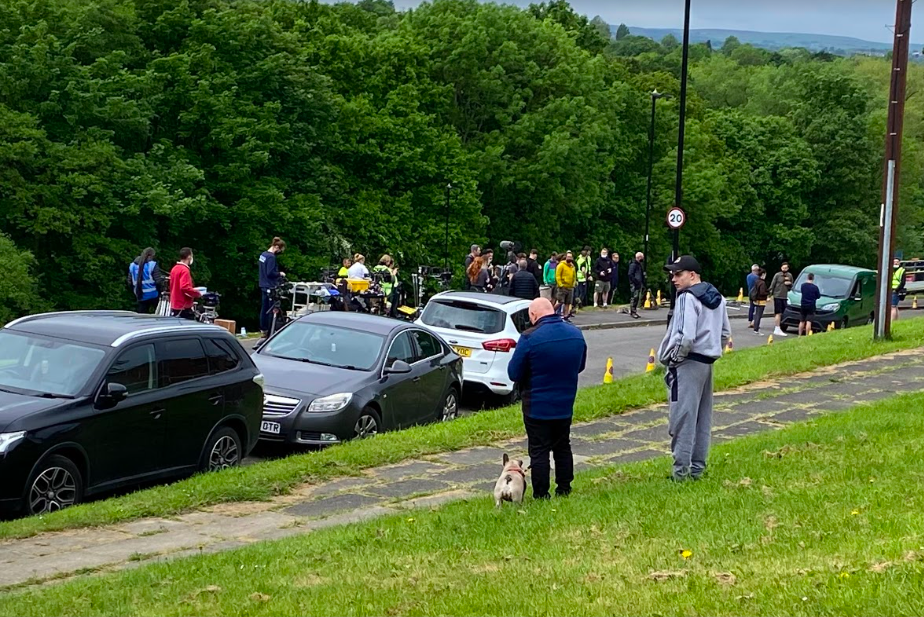 As filming in Sheffield for the new Full Monty television series continues today, residents in Gleadless Valley shared their feelings about the show.

This morning, members of the Disney + film crew were seen on Spotswood Drive unloading lighting equipment and cameras from large trucks.
It’s understood that they will also be filming a key scene for the series – which follows the hit 1997 film – this afternoon in Spotswood Place, where a character smashes a car windscreen. 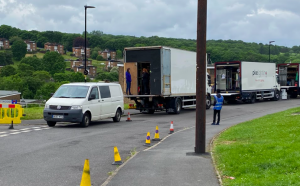 A film crew on Spotswood Drive this morning

Filming has already taken place at Gleadless Valley Church earlier this week, receiving attention from bystanders and fans of the original film. One house in the neighbourhood has also been rigged out by the film crew, and will be used for interior scenes in the new series.
There was no sign of the cast – which includes Robert Carlyle – this morning but excitement levels were still high.

Marjorie Banks, who lives in the bungalows across from the site where crews were filming today, said: “I suppose it brings a bit of joy, you know, because it’s gone down a bit, this valley.”

Another resident said: “It’s good that they’re filming something around here. I think it’s interesting because a lot of people want to know what’s going on.”

As part of the filming process, traffic cones had been placed along Spotswood Drive and Spotswood Close, preventing people in the neighbourhood from parking on roads used for filming.

Mrs Banks added: “It’s blocking roads, isn’t it? I didn’t realise it was going to be this long. I thought it would only take a day.

“But it’s not interfered with us, you know. Just not getting those bins emptied, because bin men can’t get in with their lorry.”

The eight-part spin-off series was announced by Disney+ in March, and will feature the original cast of the cult-classic comedy film, which followed a group of steelworkers in Sheffield as they turn to stripping to earn cash.

Cast members in the series, which looks at what happened to characters after the strip show, also include Hugo Speer and Mark Addy.

The week of filming in Gleadless came after the production crew faced backlash from Sheffielders, who complained when filming first started in Manchester earlier this month.