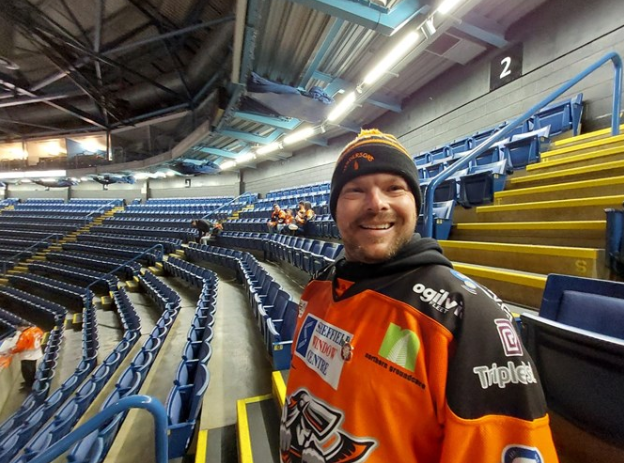 The Sheffield Steelers are raffling off matchday shirts to help raise money for a fan who is ‘fighting to retain his life’ after a brain stem bleed.

In October last year lifelong Sheffield Steelers fan Rich Bateman, 43, suffered an unexpected brainstem bleed that led to a stroke. His wife, Claire, and 13-year-old son, James, were initially told he would not make it through the night.

After a two-week coma Mr Bateman finally regained consciousness but is still in hospital and needs help with his mobility.

Mrs Bateman said: “Rich has been fighting ever since (the accident) to retain his brain and body to eat, talk, walk, swallow, but he is making slow and steady progress.”

He is now able to communicate and his speech is improving, he is now starting to eat softened food, but he still needs more support. 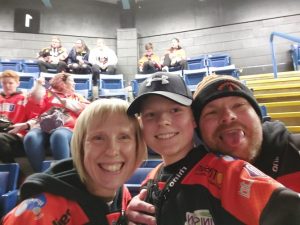 The Bateman family at a Steelers game before the accident.

David Simms, PR and social media manager for the Steelers, said: “Our fans always look after us and in times like this it’s important to go above and beyond to help the Steelers Family in any way that we can.”

Mrs Bateman said: “Rich, James and I would appreciate any donations you could make, big or small to help speed up Rich’s recovery and get him home….and back to watching the Steelers!”

The final total of money raised will be released later today and match worn shirts sent off to some lucky donators.